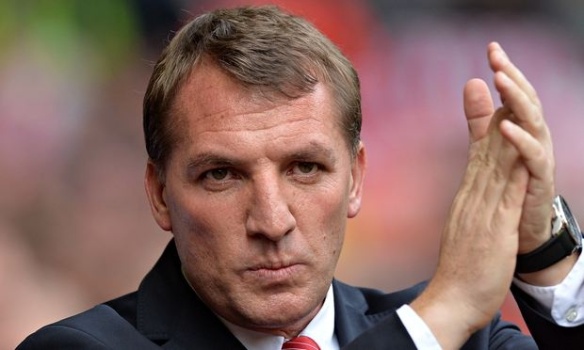 Liverpool’s manager, Brendan Rodgers, was named the
League Managers’ Association manager of the year on
Monday night.
The Northern Irishman was honoured for the first time at
the annual awards dinner in London after he led Liverpool to
second place in the Barclays Premier League, which was the
club’s highest finish in five years.
The award is voted for by all LMA members, including every
manager from the top four professional leagues in English
football.
The LMA chairman, Howard Wilkinson, said of Rodgers’ win:
“There can be no greater tribute to a manager and his work
than a tribute awarded by his match-day foes and peers.
This evening we applaud Brendan Rodgers as he receives
that most valuable award.
“Liverpool Football Club’s performances and results this
season have provoked memories of some of those
momentous years in the past when they had to contend
with those two United’s, the first from Leeds, the second
from Manchester.
“For Liverpool and Brendan, I’m sure we all hope this season
marks the beginning of a new voyage and a new era.”
The Crystal Palace manager, Tony Pulis, was named the
Barclays Premier League manager of the year for his work
at Selhurst Park, which saw the club keep their top-flight
status after he guided them to an 11th-place finish.
Pulis arrived at the club when Palace had four points from 11
games but they finished the season with 45.
He told his club’s official website: “This is a community club,
based in the most densely populated area in London and has
a great opportunity of pushing forward.
“We’ve got to stay in the Premier League for the next two
or three years to realise what we can eventually achieve.
We have to look forward and say this is the way we will go
and do it.”
Leicester City’s manager, Nigel Pearson, won the Sky Bet
Football League Championship manager of the year award
after he steered the Foxes to automatic promotion to the
top flight, while Wolves’ Kenny Jackett and Leyton Orient’s
Russell Slade were named joint League One managers of the
year.
Scunthorpe’s Russ Wilcox picked up the League Two award,
with Sheffield United’s Nigel Clough named the FA Cup
manager of the year.