Let me begin by saying; this is not a paid hype or advert
campaign for anybody, although some of you at the end of
this post might think otherwise. I can’t deprive you of your
opinion(s) (after-all isn’t all these write-ups’ someone’s
observation?). That out of the way, I feel the need to address
the issue of Nigerian female rappers fading out of the music
scene like its destined they’ll always play a cameo role in
the industry. We see them drop 1 or 2 bangers (most aren’t
even that dope, but we still show them love) and then they
burn out. I know by now a few names have been popping
into your heads. There are quite a number of them but I’ll
mention a few and leave the rest to your imagination.

We start from the most visible female in the game, Sasha p
right? Almost a decade ago since she left Da trybe records before
establishing herself as a solo artist with the hit single Ewa
Bami Jo back in 2007, and then there was a long pause
(radio static silence) in her career, before dropping Adara
(the lead single to her First Lady album under storm
records), where she voiced all her frustrations about not
reaching the expectations of her fans. At least she had a
better and smoother career as opposed to Blaise.

Although I loved Blaise’s team-up with Jesse Jags and Ice
prince on MI’s album in a song that interestingly was titled
Blaze, I think Blaise-a trained architect – never saw music
as a full time job, she probably had other source of income
as she never got around the vocal booth often, and if she did
sorry for the misconception but we were never given enough
materials to think otherwise. 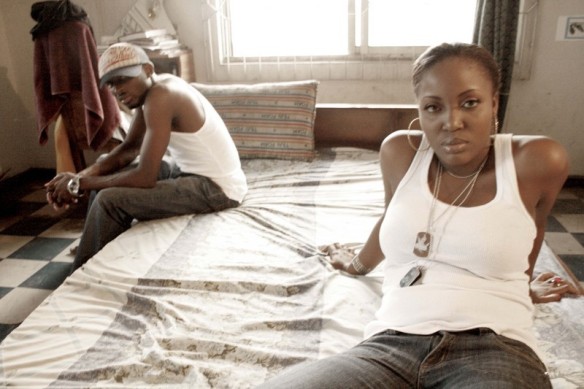 Kel…Kel…Kel…kelechi ohia, let’s just leave it at that ‘cause
frankly there isn’t much to say about her. WA WA ALRIGHT .

More recent though there’s been some step-ups, the fair Munachi abii (I mean fair as always used in Lord of the
rings, not light skin) oh yes I said beautiful and that isn’t an
opinion, she was a Beauty queen in 2007. You’ll think she
probably got the idea of doing music professionally when
she was going out with Peter of P-square, but she’s been
doing rap way before then.
Muna appears on our TV screen more often for various other
reasons other than rapping. She does rap in patois
sometimes which I think is really cute, but not enough to get
the fans star struck. 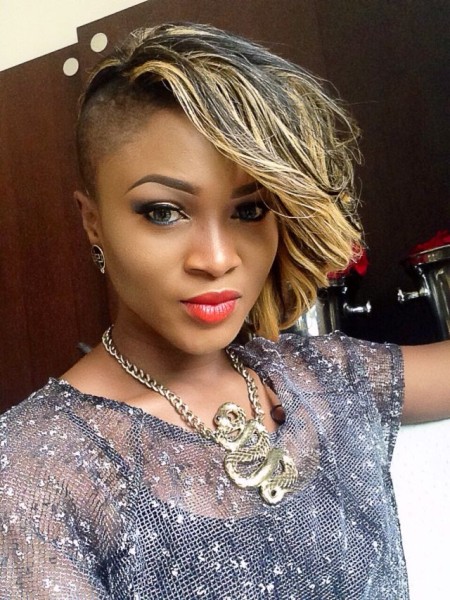 Another pretty and petite lady that does patois is Eva
Alordiah, her song High was impressive and she got my
attention with it singularly (I say that like my attention
matters to her, lol). Anyways, the track Deaf was for me the
highest point of her career yet to come, Ol’ up Ol’ up don’t
tell me shit *in Eva’s voice*. As much as I believe she has a
very good rapping skill, word play is top notch, poised to be
a successful rap sensation. However, here’s the deal she
can’t sing. I think here is the one point where all of the
aforementioned arts have gotten it wrong.

Singing is an integral part of a female rappers career, the
ability to switch between hip-hop and RnB is the door way to
longevity of career (even male rappers do sing these days,
you catch what am saying?). As a female artist we want to
see emotions flow, and how best to achieve this other than
singing a song. Ability to sing is an automatic invitation to
carry hooks on many other artists’ joints, which is more
playtime for them.

When you listen to Nicki Minaj’s albums till date, there’s no
telling she’s having the most lucrative career (as she has
surpassed many other female arts that have been in the
game) then, you can really get a hold of the whole point I’m
making.

Although she does rap, dance hall, the Edo-born Cynthia Morgan got the singing thing going for her, I think. Her first
single after being signed under Jude okoye’s north side inc.
– a song titled Don’t break my heart -has successfully
brought her back into the game, after falling into oblivion
just after her brief introduction in Jhybo’s track Ejo Le Fero.
A real talent she is, juggling all these genres and turning
them into success instruments.

In the end we love all our female emcees, the kind of culture
they operate in alone is enough to discourage or kill off their
career, but for perseverance and tenacity we thank all of
them for making a statement.

Yes! I’ve been on twitter for like 3 years now and I’ve had an encounter with almost every Nigerian celebs using the micro-blogging platform so I wanna examine the 10 most friendly of them I’ve met.

11. Peter Haloway @PeterHaloway
Yes na me first, haba, I be celebrity now, you can follow me on twitter too @AfroNotion
10. Wizkid @WizkidAyo
Mr wizkid, that’s the name of an afrobeat celeb that’s got his target on point. If there’s one thing wizkid does too, its to tweet about his personal parties and concerts. He’s also a nice guy when it comes to answering his followers.
9. Darey art alade @Darey
One one for the soul Muzik baba, “king retweeter” Darey retweets more than any other Nigerian celeb I’ve seen using the platform
8. Toyin Lawani @TiannahStyling2
Toyin baby, mean, she’s got class, and yes she uploads her beautiful designs too, she also brags about her sexy boyfriend Triggakriss and her baby by sharing pictures like its donation day.
7. Flavour Nabania @2NiteFlavour
If flavour starts a fitness blog for guys to show their heavy chests, it’s gonna get popular super quick. This celeb uses most of is time uploading his sexy chest pictures
6. IcePrince @Iceprincezamani
Iceprince, chai, the rapper is one hell of a twitter user. Most recently, he’s been using his account to receive public opinions on issues he’s finding hard to decide on his own. Men the guy suppose go National Conference and represent we youths.
5. Sound Sultan @SoundSultan
The chairman of all the Nigerian Ninjas, including me, Yes I fight karate!! Sound Sultan loves his fellow niggas, and he’s a real generous nigga, plus, his funny personality also sends his fans to serious laughter. I’ve also met Sound Sultan before, we chatted and took some pictures. He’s a real down to earth guy.
4. Don Jazzy @DONJAZZY
Are you stuck and out of airtime, don’t borrow credit from MTN, Let DonJazzy give you one for free. That’s all I know about the Marvin CEO. 🙂
3. Korede Bello @Koredebello
Mr Korede! Hmmmmm, the teenage Marvin RnB singer has gotten quick success with his single African princess, but that’s not just it, he’s also super free with his fans. To know how much Korede loves his fans, He sent a happy birthday wish to a female fan @tickcles around 2am on her birthday. *lover boy*
2. Eva Alordiah @EvaAlordiah
Eva, hmmmmm, the rap miss is a super communicator, she’s really free with everyone, ask her for a retweet, she would send you a dm instead (hyperbole) we’ve met before, and before she left, she signed an autograph for me, *sweet*
1. Denrele Edun @Denrele_Edun
Ok, this crazy nigga is topping my list and y’all should know why. If you are looking for a celebrity that’s really weird and will be super open to you as a fan, the answer is Denrele. Mr Edun abeg carry go jare!

So, if there’s a celeb I didn’t add and you thinks is worthy of being on the list, abeg tell me through the comments.

Join the discussion on bbm by adding our channel pin: C00454E7D